LINK HOUSE IN KINGSPORT HAS HELPED THOUSANDS OF YOUTHS 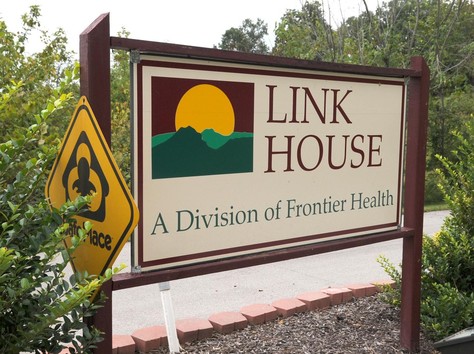 KINGSPORT, Tenn. – Lisa was a teen who lived in fear.

She was afraid to keep living with her father, with whom she often butted heads – and someone who, previously during their difficult relationship, threatened to physically harm her.

Lisa also was afraid to tell her father about some life-changing news she had just received: She was pregnant.

Confronting such stress and uncertainty – and feeling she had nowhere left to turn – Lisa went to the Link House, the Kingsport-based site that provides shelter, counseling and other assistance to 12- to 17-year-old female youths whose personal and home lives have become unstable and troubled.

Since 1986, the Link House has helped thousands of youths at its residential campus, which can house up to 15 girls. Link House is a division of the Frontier Health system – one of 29 agencies across the Tri-Cities that are actively supported by the United Way of Bristol, which helps tens of thousands of residents each year.

The money will be used to continue assisting the Link House in performing its extensive, tireless work.

That work that includes operating a group-home care service (which helps conflicted youths facing issues that include mental health, substance abuse and abusive surroundings), the Oasis Observation and Assessment Center (which works with the juvenile-court system to counsel and help at-risk youths) and the Project Safe Place program (which provides emergency shelter for homeless, runaway and otherwise shunned adolescents – including one from as far away as Alaska).

It was Project Safe Place that was there to admit and help Lisa, who told staffers of her deep fears that her father would react violently if she revealed her pregnancy to him.

Working closely with Lisa, Safe Place staffers contacted the teen’s father to inform him that she was at Link House – and eventually helped the two sit down and speak to each other.

When Lisa and her father met, she informed him of her pregnancy. While the parent was openly upset by the news, he made a genuine, encouraging effort to listen to Lisa as they spoke. And, as their conversation continued, the father told Lisa that while her life had taken a path he wouldn’t have chosen for her, he would do whatever he could to support her and the soon-to-arrive baby.

Shortly after their conversation, Lisa returned home to live with her father. The two also took part in ongoing family counseling and case-management sessions to keep improving their relationship and prepare for the upcoming birth.

And months after that, with active help and support from her father, Lisa was able to graduate from high school – and now attends college.

It is that kind of success story that Christy Mullins, director at Link House, says the nonprofit affiliate seeks to create every day at the residential site, which has a rotating staff of 13 workers.

“What we try to do is heal the youths who come to us, but also heal the family environments that make them feel stressed and unsettled,” Mullins said.

“Whenever it’s possible and appropriate, we want to bring families back to together, to re-unify them and improve their relationships.”

It’s an ongoing effort, Mullins said, that wouldn’t be possible without the backing of the United Way of Bristol, which heavily supports the Project Safe Place program year after year.

“There is no way we could provide Project Safe Place without the United Way’s help, plain and simple,” Mullins said.

“What the United Way does for us is so essential, so critical, and we’re thankful for it.”

And so is Lisa – a youth with future hope and a healed family.

GET UPDATES BY EMAIL