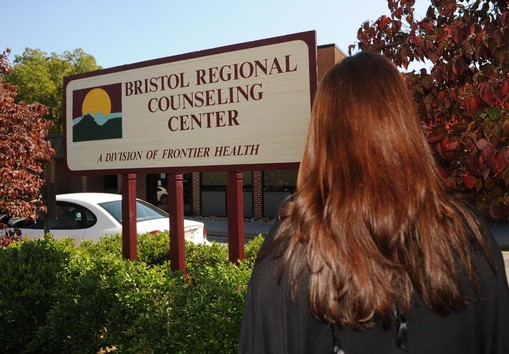 BRISTOL, Tenn. – As a troubled 15-year-old girl, “Pam,” had both a past and a future that looked grim and low on hope.

After spending her early life in a home where she witnessed domestic violence, and sexual and substance abuse, Pam was put in the foster-care system – where she bounced from once placement to another because of her disruptive behavior, illegal-drug use (she began at age 12), consistently poor performance in school and depressed, angry moods.

Under those alarming circumstances – made even more dire after a third foster family decided it no longer wanted Pam in its home – the teen was referred to the Children & Youth Division of Bristol Regional Counseling Center.

During the three years since that day, Pam’s transformation has been remarkable.

Through weekly individual therapy sessions, consistent meetings with a case-manager, intense evaluation,counseling to change her numerous challenges (anger-management, poor social skills and substance abuse) and other resources, Pam has:

• Started work on a full-time job.

It has been a tremendous, heart-warming journey from hopelessness to hope made possible by the tireless work of Children & Youth Division staffers at the Bristol Regional Counseling Center – one of 29 area nonprofit agencies that receive funding and other resources from the United Way, which helps tens of thousands of Tri-Cities residents each day, week and year.

Currently, the United Way of Bristol chapter is conducting its annual regional fundraising campaign. The theme of this year’s local drive, which runs through Nov. 15, is, “A Good Place to Give Makes a Better Place to Live.”

The United Way of Bristol’s goal is to raise at least $1.3 million during the fundraising campaign.

And those donations definitely made a major difference for the Children & Youth Division of the BRCC, which is part of the Frontier Health system.

“It provides us with the ability to be eligible to receive state grants that support our programs,” Perry said.

“And [the United Way of Bristol] financially supports our ability to offer service to children of uninsured or indigent families,” Perry said. “We don’t turn any family or child away, and it’s because of the United Way that we can do that. The support it gives us is truly tremendous.”

Perry said that support remains invaluable in meeting the ever-increasing demands faced by the BRCC’s Children & Youth Division, whose 13-member staff – including licensed therapists, case managers, a psychiatrist nurse, child psychiatrist and other specialists – handles 700 active cases and holds some 1,300 sessions each year.

“Because of the increasingly complex, stressful society we’re living in, we’re not only seeing more children – we’re also beginning to work with them at younger and younger ages,” said Perry, who notes that most youths who use drugs now begin doing so at age 9, some four years younger than the once-traditional starting age.

“The positive thing is that there’s more education now, early on, about addressing the mental-health needs of children,” Perry said. “We’re now seeing kids that might not have been served, years ago. That gives us a real chance to make a real difference in their lives and futures.”

Like the life and future of Pam, who not long ago offered this observation to her therapist regarding her progress since receiving the support and help of BRCC’s Children & Youth Division:

“You helped me find the confidence in myself to be more than what my past [suggested] – that I would never amount to anything. I’m so glad [that] was wrong.”

GET UPDATES BY EMAIL